All dimensions Wiki
Register
Don't have an account?
Sign In
Advertisement
in: Planet, Leftunknown pages, Explore the universe,
and 2 more

Our Universe, specifically, the outer edge of Messier 82
Chetoma is a planet that witnessed the first appearance of the Yetmmud.

The Yetmmud proceeded to cause collateral damage, turning the planet into a wasteland, full of ruins. The remaining Chetoma residents, who have created cultures of their own on other planets and verses, have been rebuilding the planet for years, since the apocalyptic event. This World will still play a role for major cosmic events in the future for many purposes.

The Chetoma has 11 countries and 17 inhabited islands, each having their own respective flag.

The year system is devided into KL (Ke-Lum | Anno Domini) and BC (Be-Cantum | Before Christ).

In the year 1 BC, the Theocratic leader Pnemme Cantum was born. His leadership of Slemtsu caused great misfortune and his impeachment is celebrated every year. Cantum caused over 400 million deaths, which was 50% of the country's population at that time.

Makiric Beno
Makira was the first inhabited piece of land. The Chetoma civilization started in Makira 300 thousand years ago.

Makira has a warm climate with few native animals, one of which is the avian with the longest wingspan: The Donwbey Blue.

Most of the country has dry grass, with tall trees that have layered crowns. The country has one of the highest amount of caves and ravines, while being simultaneously mostly flat-landed.

The 3rd largest river goes enters through Makira, into Mukmuse and ends at Psumea, while branching off into 4 other countries.

The capital is located on the Ähham peninsula, where the Giant Pusche Slugs lived, which were 3 meters long, used to live, but went extinct in 101 BC.

Makira used to own Asemmena island, one of the largest in Chetoma, but gave it up after a war ensued over the island.

Makira is divided into 3 counties, and in them many cities.

Psiti
Psumea is a mountainous country located in the approximate center of Chetoma. It is the largest country of Chetoma.

This country introduced taxes to the rest of Chetoma in 55,000 BC. It is nicknamed the 'Economy capital' of Chetoma.

Religious texts dating from 100,000 BC and earlier, show that Ampho-Umsurbiis, who resided in the now known area of Psumea, viewed caves as the impact sites of lightning bolts, which were used for housing. They were viewed as gifts from the heavenly beings (plural, since every religion was polytheistic).

Psumea is also known for its extraordinary bismuth and praseodymium exports.

Psumea is divided into 4 counties,

The Vuhmou are very primitive, they are cut off from most of society due to tens of attacks on their religion in 300,000 - 230,000 BC. Most attempts at communication with the Vuhmou tribes have ended abruptly due to the hostility of their culture.

Their language is notably complex, as a majority of their character is based on their focus on the imaginary, arbitrarity, abstractions and creativity, rather than reality.

Living conditions of a normal Vuhmouan is of lower quality, since germ theory hasn't been discovered in Vuhmou yet.

Despite this fact, concepts such as algebra, calculus, set theory and topology are common, even in day to day life.

The average IQ of a Vuhmouan is assumed to be around the 130 range, which is the highest out of the entirety of Chetoma.

Vuhmou is divided into 3 sections, which are based on average climate conditions,

Tcumish is known as a very calm country. The average temperature in Tcumish is 25 degrees celsius, with the enviroment consisting of green hills and pine forests.

Majority of people living in Tcumish live in either towns, or on the countryside, inside cabins or small houses.

Tcumish has the second lowest air pollution, after Vuhmou. Along with this, Tcumish has the lowest amount of people with diagnosed depression. This is partially due to the tradional lifestyle and enviroment, with companies and politicians being objectively the least corrupt.

Tcumish has the highest production of literature, art and inventions. This production has been held constant for tens of thousands of years. Thus, Tcumish is a gold mine of religious texts and ancient hymns, poems and literature in general, as well as paintings, sculptures and more.

In ancient history, they're known to have built hundreds of pyramids from rock, this reason is unknown, but it is thought to be religiously motivated.

Tcumish is divided into 5 counties,

Ub
Mukmuse is a big country between Makira and Psumea.

Mukmuse is a very similiar country to North Korea. A long history of corruption in the parliament have left Mukmuse in a dystopian-esque statue.

The entire country is surrounded by a 20 meter concrete wall, with barbed wiring at the top and malfunctioning lampposts around the general area, as well as guard towers and one single entrance, which is open for 1 hour, once a year.

Mukmuse's history tell a story different to its inevitable end, in fact, Mukmuse was once one of the richest countries, as well as having the highest amount of native animals and plants. The abundance of moose granted the suffix: -muse.

The country has the largest lake in Chetoma, which it relies on for its drinkable water (although, its drinkability is highly controversial). It must rely on this lake, because it cut off all ties with other countries, as well as exports and imports.

Mukmuse is divided into 4 cities,

The culture of Hjemke is very distinguishable from the majority of the countries in Chetoma. The reason for this is due to their history and relationships with the other countries.

The reasons for these exclusions is currently unknown. Theorized reasons include: different skeletal structure, unfamiliar languages or irregular cultures.

This exclusion went for hundreds of thousands of years, until the bonds were too broken for the Hjemkians to accept any contact from the outside world, once the rest of Chetoma to realize their mistakes.

Hjemkian people were led by a trans-humanist ideologies, which led them to evacuate a large portion of their population in 57,692 KL. This was coincidentally only 988 years from the total obliteration of Chetoma by a Yetmmud.

This sparked major controversies about the remaining Hjemkians, which led to the majority of them to go into hiding. Only a few remain in the public.

Hjemke is divided into 4 counties,

Umsurb contains the largest mountain in terms of height and diameter. It has been used as the source of Umsurbic religions for hundreds of thousands of years.

Umsurb is famous for inventing the first currency, from Pion Vu in 200,000 BC. Another memorable achievement of the Umsurbians, was the creation of Uranisnanium, the 126 element, which was thought to have been impossible to create for hundreds of years.

The majority of Umsurb is covered in pine forests, with many ponds and lakes scattered on the outskirts and center of the country. The country's national animal is the wolf, with over 60% of animals in the country consisting of wolves. Over 300 different species of wolf are native to Umsurb, as well as many species of hawks and eagles (the Red Putt Hawk, Fire Sledge Eagle, Mountain Hawk, etc).

Umsurb is divided into 3 counties,

Hud, Xixi
Qosche is one of the only two countries that are landlocked, along with Psumea.

Qosche is a country whose culture is very similar to ancient China.

Tcumish and Qosche are famously known for their relationship. With Tcumish citizens living traditional European-style lifestyles, and Qosche people being highly spiritual, religious and peaceful. Folk tradition depicting Qoschin writing poetry and singing beautiful hymns is an embraced image by the Qosche populus.

Qosche's average climate is below the average 25 degrees celsius, with mixed colours in plants, trees and bushes, such as: pink, red, orange, yellow, blue, white and more.

The country has the highest amount of lakes, at 320 different lakes entering through, or terminating in Qosche. Thus, religions were centered around water-based gods. Water in general, is abundant, yet valued highly in a spiritual, metaphysical manner.

Qosche is divided into 7 "divisions",

Xemtua lies on many tectonic plates, ever since 58,000,000,000 BC, when Chetoma was birthed from 2 large planets, the Xemtua land lied in the center of 4 tectonic plates.

Because of this, Xemtua has the highest amount of earthquakes (6.0 +) per decade: 74.

Xemtua is known for being highly mountainous and deserted. It recieves very little precipitation per year.

Like Greece, it resides next to, and owns, many little islands. The biggest of which are: Oumet Goa Island, Dantetla Island, Blu Vuwe Island, Sampape Island and Okpod Island, all of which are inhabited.

Ancient Xemtua housed Qosche predecessors, also known as Toxqis. That's why they have such similar languages. Xemtua, unlike Qosche, has many native animals widely considered as "unlikable", such as the Grey Foot Mosquito, Tender Bender Cock Extender (known for killing chickens, one of the few animals that Chetoma shares with Earth), Red Poison Fly and a few more.

Xemtua is divided into 10 lands,

Slemtsu, since 40,000 BC, has been in war with itself. In 50,000 BC, Proto-Slemtsu tribes, known as Hugut and Katabb, came together into one place (now known as north-east-Slemtsu).

Their conflicting religions and cultures sparked the longest war in Chetoma history. The divide beetween Cec Gcutwy and Frgma Ki is so strong, that it is visible from outer-space, since each town uses different light bulbs.

The borders between each capital is around 100 kilometers, where each kilometer squared has at least 1,000 corpses buried under the soil.

Slemtsu has the lowest amount of foreigners, due to the amount of media coverage of the war, the immigration office is practically abandoned.

Frgme Ki is a middle ground between the warzones, where fighting is not allowed between governing bodies. It is the most peaceful ground of Slemtsu, with green hills and healthy lifestyles allowing people to enjoy life to its fullest extent.

Slemtsu is divided into 3 towns,

Bismuth
Ampohema is a south country, it is the only desert country in Chetoma.

For the longest time, Ampohema was struck with a great poverty. Its long history of corrupt leaders, who made terrible financial decisions, led Ampohema into an inevitable debt-ridden future.

Fortunately, since the Gabamo family took over power, their knowledge and power, and former experience in leadership, put the country in a much better position, economically-wise.

Since the Gabamo family's reign, less than only 11% of residents are below the poverty line in income, as opposed to the 74% that loomed over the country.

The average temperature in Ampohema is 35 degrees celsius, with the record reaching over 45.

Due to Ampohema having a long stretch of land, curling back around Vuhmou, it has been conspired that the Ampoheman government is in secret contact with the Vuhmou people. What happens inside Vuhmou is a large mystery, that is why this conspiracy theory exists in the first place.

Whilst islands aren't officially recognized as countries, this fact doesn't stop them from creating their own official flags, tourist spots, residences and even currencies.

While they themselves don't have governments, each island is governed by the closest country, or some country that the island democratically chose to be governed by. 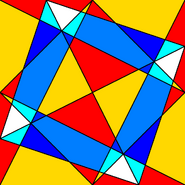 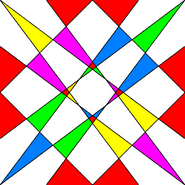 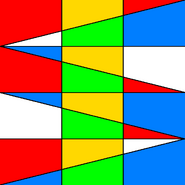 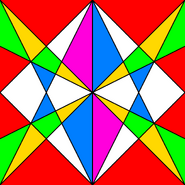 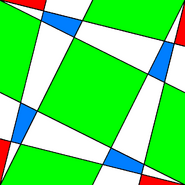 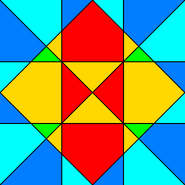 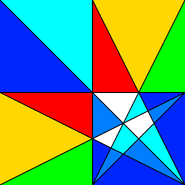 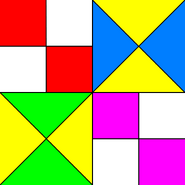 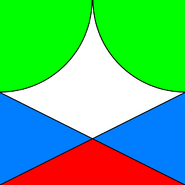 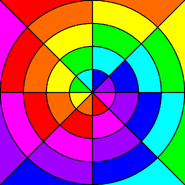 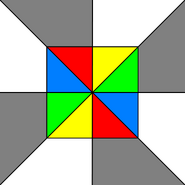 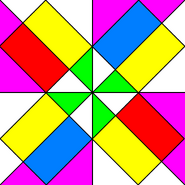 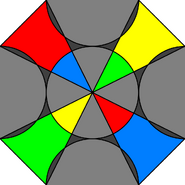 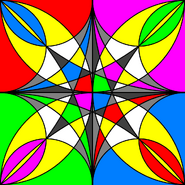 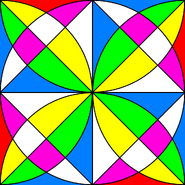 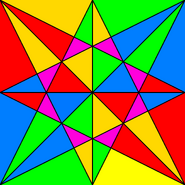 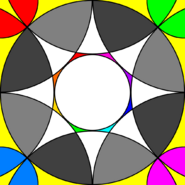