What type of object is it

Stars and Nebula and Core

This is an object some where in omniverse, its not contained by anything except omniverse, its a nebula shape galaxy structure that compared to omniverse is very super small but bigger then our universe.

Theres a Very Massive object in the center that is very bright and very big, but for its size its very dense and if laid out to density of average black hole it would be double the size of this object, it is also very important because it has the role of a supermassive black hole in center of a galaxy, everything orbits it, and it keeps the object together, if it disapeer, all objects and gass that form this structure will expand and fade out, the exact origin of this object is unknown. 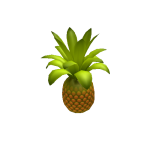