Most of the Multiverse

A universe of knowledge

Slightly more than The Entity

To earn back what he had

Cosmic Savior is an essence who protects the Multiverse and is the creator of FireWater. He had no opponents until the Entity was created.

The Entity was formed after a specific universe was formed, and he was not very pleased with what he was doing to his universe. He then decided to create FireWater to slow his corruption.

The Cosmic Savior has been attempting to destroy the Entity, but is not able to do anything alone, and forgot FireWater. He is not able to do much now, so he has directly attempted to redeem himself, by spending time to build the courage to earn back what he was passed down. 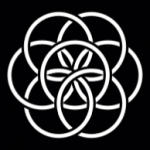