For ease of communication, the term

can be used to indicate the (x+1)th Everything Layer, and

to indicate a verse lower level in containment then

, and higher level in containment then

is also equal to

, due to the fact that the All Dimensions Wiki can only hold a finite number of different parts of AD cosmology, even if there is way more out there. Therefore, we couldn't go beyond Everything Layers, as we couldn't make infinite pages in this wiki.

For the same reason, nothing can reach

. However, non-real number numbered Everything Layers can be in the AD wiki if they use a concept differing from traditional containment, and they are finitely numbered.

Agreed to be Omnipockets, the smallest thing in this wiki to date.

Subexistions, are the building blocks of existence ranks, and also are the particles before Archrealities come. It is a significant mark for this recently-declared Everything Layer, although this title could also belong to Category:The First Particles.

Blueprint particles, a low-level form of information, are usually the -3rd Everything Layer.

The Omniverse, being an infinitely sized container of existence, is usually accepted as the -2nd everything layer.

Antifirst Everything Layer (The Box)

The Box, a self-containing container of non-existence and existence, is usually accepted as the -1st Everything Layer.

Nullth Everything Layer (The Extended Hierarchy and The Official Hierarchy)

All Dimensions was one somewhat based around the now defunct Complete Hierarchy. This eventually evolved into The Official Hierarchy, which then split into itself and The Extended Hierarchy, which we now know as the Nullth everything layer.

As creatures went up and up the hierarchy, information became less and less of value especially as they traveled outward from their local verses, causing the hierarchy to "end"; no creature seemed to document anything past Class 15. 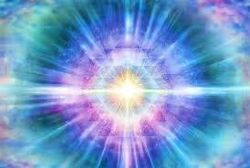 The Ruler of the 1st Everything Layer is simply Alphasm. 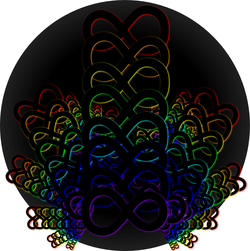 Due to the dynamic nature of Plasmath's chain as mentioned above, the "main verse" of this everything layer is changing, so there is no defined ruler yet.

*Contains the Möbiverse hyperchain and its extention

The fifth Everything Layer is strongly agreed by many creatures to be a non-physical "collection" of all Realms which are numbered with one finite natural number.

As of now, no entity that we know of has attempted to rule such a massive collection of Realms, although that might change in the future.

Many entities agree that the collection of realities known as the Novachain is the Sixth Everything layer.

This infinitely massive collection of realities that dwarf everything before them was ruled by none other than the Crab King, until the destruction of his verse and the crab king himself.

This layer is agreed to be the omnionion, the large verse that affects the laws of containment.

Currently is the collection of all hyperdimensions, which are used to measure dimensions.

Currently is The Structure Of Everything. 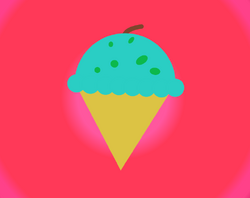 This layer is mysterious, although it contains The Ice Cream and The Cherry. Ruled by absoulute gods.

Due to Blank being this layer, it does not follow the concept of size, so it is indexed as layer omega.

It is agreed to be the Wikiverse, since it contains everything on the wiki and is only bounded by FANDOM itself.

the xeoricality isn't canon to ad and contradicts the wikiverse page