Impossibly bigger than The Boxi

The Boxi, could contain Containingverse

Indescribable is a huge void that lies outside of The Boxi. This void is a barrier between everything real and imaginary, and everything that doesn't fall into those two categories.

Indescribable's structure is impossible for any mortal creature to comprehend. It is not real nor imaginary. It is something outside of that.

Further analysis of the effects Indescribable has had on The Boxi proved that Indescribable doesn't even have any existence states. Many creatures have just considered Indescribable a bigger Unexistence, which is probably the case.

Indescribable, even though it is so elusive and impossible, has been found to have life. This life has never been directly contacted, but their effects have been noticed inside of The Boxi.

The life inside of Indescribable seems to be able to manipulate even imaginary concepts and ideas, and seem to have a sort of mind control. The only entities who have directly witnessed the life are gods like Dunkey Kong and Gerald. No entity has attacked any of the life yet, due to fears of the entire Boxi being destroyed if the life is angry. 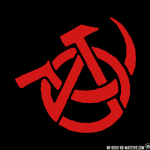