The Askoric Civilization is a K

civilization that was the first recorded civilization to expand outside of its Vikesik, its Box (a separate cosmology) only having infinite Universes and Verses that are infinitely larger than the Verses inside of them, known as the Infinite Cosmology.

It is a population of approximately

Askorians, which are a species of amorphous objects resembling slime molds.

The civilization uses a system of base-14, which they have named all of the Verses they reside in off of. They use a method of recursive measurement based on Turtlies that starts with Planets, continuing on through Galaxy Filaments and beyond. They also use a ruler for their growth very similar to the Kardashev scale. 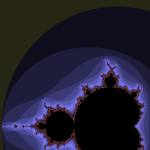