The Filter is a big artificial verse that has no gravity and will break down molecules, or "filter" them to small sizes and even individual atoms, subatomic particles, and even strings.

The Filter, when you enter, will mostly appear completely black just like a regular void because all matter that entered The Filter has already been broken down into tiny particles.

If you were to zoom in enough, The Filter would appear to be full of tiny particles, strings, atoms, subatomic particles, and much more.

The Filter is completely filled with many tiny particles, and the only sizable thing in it is the structure in the center, commonly called the "control hub" since the structure is used to control the entire Filter.

There are tiny microscopic cutters that line the entire inside of The Filter. These cutters are responsible for cutting the objects into separate particles, and at most they have a max precision of

meters. The cutters can basically cut through virtually anything (even Primordium Delta), and the only known thing that can withstand the cutters is the material covering the Control Hub, basically the control tower of The Filter.

The exact way the filtering mechanism works is classified, and will most likely be for many more OYC. The material that the cutters are made out of are also classified, but pictures of the material have been leaked to the rest of the Omniverse.

There are approximately 15000 entrances to The Filter. Most of the entrances are in the the Archverses, but some can also be in between verses.

The Control Hub is the place that controls The Filter. This structure has a special is quite large, being over 102 LY across. The Control Hub has very complicated mechanisms, so only a few creatures (excluding omnipotent gods) can operate the hub properly.

Even if omnipotent gods want to control The Control Hub, they would have to get past three extremely powerful gods that have similar strength to gods like Gerald. These gods guard The Filter and all the 15000 entrances to The Filter from evil entities and other entities with malicious intent.

There are many uses for The Filter. Most involve trash disposal.

The Filter has been used to dispose trash many times, and was the original purpose of The Filter. Some notable civilizations/gods that have used The Filter as a trash disposal area are:

The Filter has been used as a mass killing machine in many wars before. Many creatures have perished here, and if you zoom closely enough with a very powerful microscope, you can possibly see the individual atoms of those dead creatures. 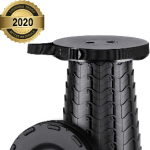 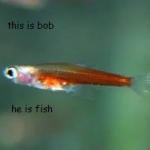