A "copy" of the earth (destroyed)
The Frontrooms is very similar to The Backrooms, but to gain access to the Frontrooms you have to no-clip INSIDE of reality, its like the reverse version of Earth. The buildings in The Frontrooms are totally destroyed and several cities look like cities on planet earth, something that causes fear to researchers because it could be a probable timeline with probabilities of happening (or not). If this is proven, your idea of ​​being "The Frontrooms" will be discarded.

The Frontrooms has 6 levels, starting off in the surface then ending in the underworld, but strangely it gets brighter and brighter the lower you go.

Each floor of the front room gets more peaceful and quiet, meaning less monsters per floor,

This is the most terrifying level, monsters here are very common. Buildings collapsing, destroyed bridges, everywhere burning, the sky is pitch black. Most victims die here, because either a monster kills them or one of the neon blue floating orbs electrocutes them.

When you first no-clip here, you spawn inside a retail store called “Bob’s soup and stuff”, everything here is perfectly in shape as if no monster ever came there.

There are eight different types of monsters you can find in Level 0, all of them are deadly in some way, if you see one the only solution is to run away. 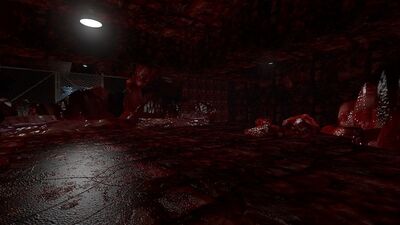 The Room, aka the Cursed Room, this creature is the least deadly because it’s the easiest to avoid, these types of monsters are everywhere in the surface. To find on of these you have to enter a glowing building, once you enter you will start to notice that the walls are closing and that flesh is covering the door, so it’s best to stay in Bob’s soup shop. 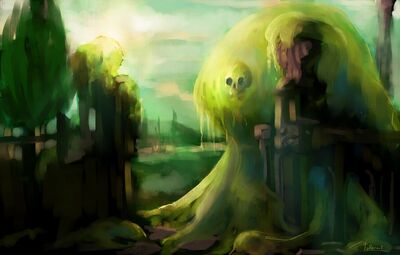 Nuclear Blob, what a strange name. The Nuclear blob, is a block that’s radioactive hence its name. You can find this type of creature in a nuclear wasteland, once you reach there you will see some sort of melting green, glowing blob with a strange face. This creature is extremely radioactive and can intoxicate anyone in a 100 feet radius, this creature rarely moves but if you see one in a city, then you’re doomed. 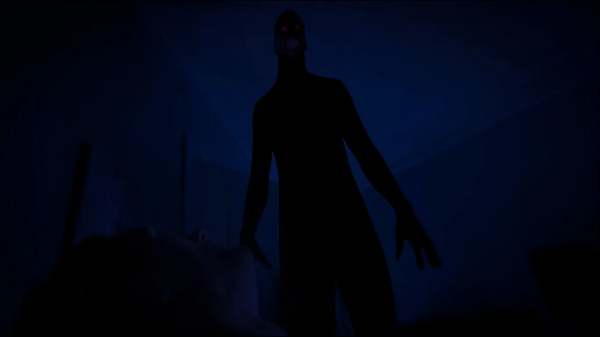 This isn’t really a creature, its more like some lost hiker who can’t find the key to the gate. The Forgotten Human is the shape of a regular human, but they have no facial features, and the whole body is complete darkness. They normally wield a Fire-fighter axe or a 10 feet long blade. It is very hostile and will kill you thinking that you have the key, the reason why they have no facial features or are completely dark because they’ve been possessed by Multavix so they can kill any survivors. 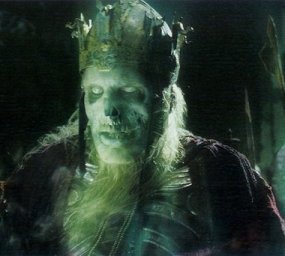 The Phantom King, or the king of the ghosts, pretty weird since there are no ghosts In the surface. This monster isn’t anything extraordinary, his appearance is a transparent 10 feet tall, green, monster with red eyes. But he is kind of like an enderman, if you look at his eye, he hunts you. 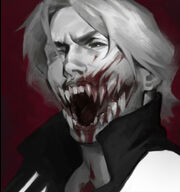 The most boring creature, this specimen isn’t hostile or anything but he is considered the most deadly due to his extremely boring stories. This guy is a regular human, but if he finds you he will start telling boring stories about his dog, cat, grandma, his journey to the park, how he escaped The Temple of King Midas, and many boring stories. He will follow you anywhere you go and he will even die with you. The problem with this guy is the more you ignore him, the more hostile he gets, so you better have the time to listen to all of his stories. 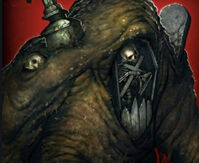 The most mysterious creature due to what is he made out of, dirt. You can find this creature anywhere that is filled with mud, this type of creature mostly reside in swamps. His appearance is blocky, like a fusion between minecraft Steve and a roblox character, except they are made out of dirt. This creature wields a Khopesh made out of dirt, it may sound weird but one slice is enough to knock you out. 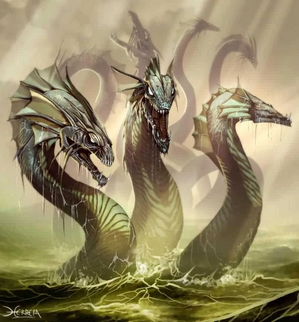 Finally, the most deadly creature in the surface - Multavix, the god of the dragons. It is a 500 foot tall, 3 headed dragon, it is the guardian of the gate where you are supposed to go, it Is the one who holds the key, so you better be armed. It can sense any creature coming towards it from a mile radius, once it senses a creature, it goes to attack. It’s attacks are, toxic breathe, fire breathe, and stomp, where the dragon jumps 10 miles high and when it crashes it causes a shockwave, the only way to survive is... idk.

There are five passive mobs you can get help from, these mobs can either give advice, help you find something, or even fight Multavix.

The most important creature in all of the realms, this man will teach you how to survive and how to fight off creatures from Level 1, he can be found in a forest. Once

Just a note: In the actual Backrooms canon, the Frontrooms is the Earth and is the opposite of the Backrooms. And I have not a goddamn clue on how you would no-clip inside of reality.

If you want to, you can say that this version (the one that is this page) is canon I guess, but it is not generally canon to the Backrooms. And yes, the Backrooms are now very popular, if you're somehow wondering why, click here.