The Most of Everything

The Most of Everything (TMoE) is a structure that is basically empty, except for a couple Bnathverses.

TMoE, as described in the Bnathverse article, curved in a weird, specific way, which causes every straight line to go circular, and after turning 90 degrees, falls into a void and disappears. This makes it almost impossible for any large structures, or life, to be sustainable.

This structure is called "The Most of Everything", as a translation from ancient texts from civilizations, that thought that TMoE contained the majority of this Realm, and named it accordingly. This turned out to be extremely wrong, but the casual name, nor the scientific, has ever changed since, due to such a common taught association. 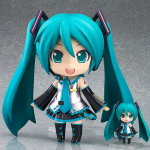